The F-100 is a fighter-bomber aircraft based on the design F-86 "Saber", developed by the "North American" company. In addition to the F-100C, the F-IOOD type av-bombardment type was also developed and found a wide range of applications.

Hunter skills have been improved, equipped with 4 AIM-9 AA missiles and tactical bomber aircraft to carry the M-61 nuclear bomb under the body. There is also the F-100F, a two-seater type of training. All three types were used in Turkish Air Force.

From 1958, Turkish Air Force F-100s began receiving delivery within MAP program. The first arrivals were the F-100D and F-100F models and were shipped from the USAF inventory. A total of 163 flights have been received from these flights. 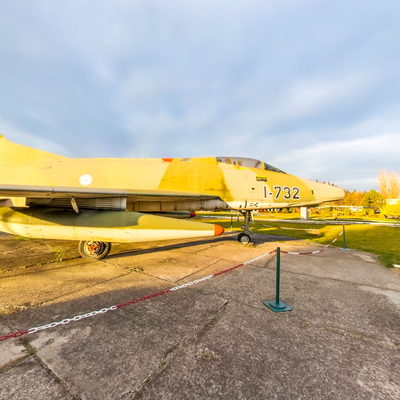