The information, depending to the printed sources related to Ravanda Castle is based on the XIth Century and on the Crusades within these years. The Castle, of which name has been mentioned frequently as of 1097, had been associated with BAUDOIN who had participated to the First Crusades and had become famous ever.

Ravanda Castle, where had been used by various seigniorial and states (Seljukian, Artuqid, Eyyubi’s, Mameluke Empire) from XIIth century up to XVIth century, had been passed into the hands of Ottoman Empire after 1516.

The castle, called as “er-Ravendan” in Islamic sources, as “Ravendel / Ravandal / Ravenel” in Crusade sources, as “Aréventen” in Armenian sources, had been used as station by all seigniorials and states, those had controlled the region within historical period.

Ravanda Castle had been constructed over a high conic hill with a broad visual angle and the hillsides are so sheer that the exit is to be prevented. All buildings of the castle are on the plateau that the plateau has been surrounded by the walls. The walls, cornered and semi-circle bastions, water cistern and building wreckage, which is assumed to be belonged to a rather huge building are the substantial architectural values those have survived from the castle until today. 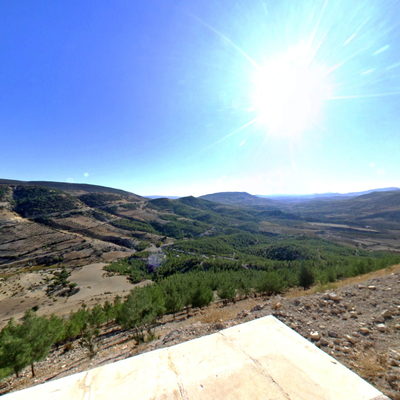